What’s the Deal with Emojis? The fastest growing language in the world isn’t French, Spanish, Chinese, or even English.

Now, you might be thinking, “emojis aren’t a real language,” or worse, “emojis are killing language”, but love ‘em or hate ‘em, emojis aren’t going anywhere. And here’s why you should care:

Emogi, a platform that analyzes sentiment online in real-time, recently found in its 2015 Emoji Report that emojis are used by 92% of the online population. Plus, it’s not just millennials we’re talking about here. Frequent emoji users make up 60-70% of every age demographic from 25-34, and even 35+.

So, what’s the appeal? For starters, as visuals, emojis communicate information much faster than text. And that’s big for brands. With the amount of content flooding social feeds every day, getting your audience’s attention online is like trying to have a conversation with someone standing on the other side of a wildebeest stampede.

But, the deeper benefit of emojis is how they cut to the heart of what we’re trying to express online. The top three reasons why people use emojis, as listed in the Emoji Report, are emotional—not functional. They all relate to identity.

And, if brands don’t communicate their identity successfully online, it’s impossible to make any kind of meaningful connection with consumers. With that said, emojis aren’t a magic potion. So, let’s take a look at three examples of how they can be implemented strategically, and, well…not so strategically.

Using emojis just to use emojis is a recipe for social face-planting. Consider Goldman Sachs, which shot itself in the foot by trying to cram a string of emojis into a tweet about its millennial report.

The tweet annoyed millennials, but more importantly, the emojis didn’t connect with Goldman Sachs’ brand identity. The result was messaging that portrayed the firm as inauthentic and out of touch—even though the original intent was clearly the opposite.

Clearly #Goldman got a #socialmedia coach who thinks #millennials only read things with #hashtags and emojis ?????? — Maggie McGrath (@mcgrathmag) March 6, 2015

Emojis are a no-brainer for McDonalds. They connect visually with the brand’s iconic golden-yellow arches and tonally with its bubbly “I’m lovin’ it” persona. Not to mention, they work as a sort of fix-it glue for a challenge any global organization faces: being understood universally.

One of this year’s McDonald’s France spots features a world-turned-emoji. Emoji kids, emoji dogs, emoji police. The only words in the ad are “Venez comme vous êtes,” or “Come as you are.” But you don’t need the words to get the message. The emojis say it all—come to McDonald’s, and be happy, be you.

As a brand, being able to communicate universally is important, but what’s even better is getting consumers to adopt the same branded language. Enter IKEA, who recently took emojis to the next level by creating their own app with custom IKEA Emoticons.

For a company that routinely provokes hair-pulling and frazzled arguments over hopelessly un-assemble-able household furniture, the tiny emoji lamps, pots, and dressers got at a key emotional tension for customers.

They invoked IKEA’s cheeky tone to give people a fun way to let off steam when dealing with the brand’s admittedly infuriating products (and, on another level, the challenges of living in close quarters with other human beings—boyfriends, girlfriends, spouses, roommates, and so on). 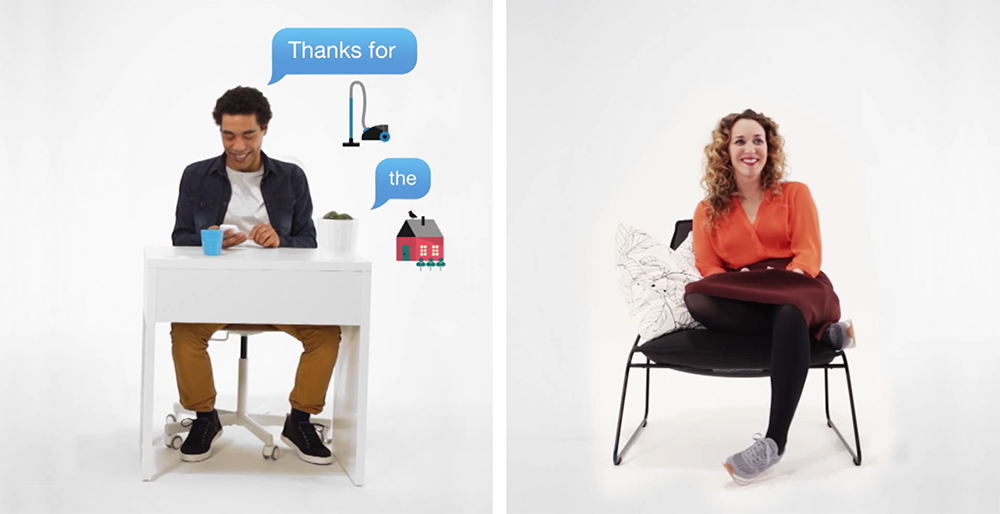 Emojis can be powerful in helping your brand stand out and connect emotionally with consumers. Here are some important points to keep in mind, so you can put them to good use:

+ Consider whether emojis really match your brand’s identity (persona, tone, values, etc)
+ Look up an emoji’s meaning before using it (if you aren’t 100% sure)
+ Use emojis sparingly (they should add clear value to your message, not frills)
+ Think “why” not “what” (connect to users’ lifestyles and values, not just the emojis they use)
+ Think outside the box (is there a unique way your brand can implement emojis?) We love our clients’ success