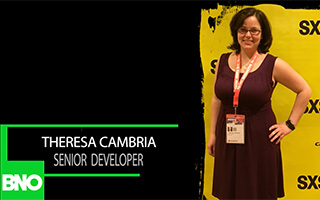 One of the first items I added to my bucket list was “get to SXSW”; this year I was able to finally cross it off. It was my second time visiting the rather relaxed city of Austin, TX but the first time I experienced the SXSW festival. I’ve been a Web Developer in advertising for years, and this was a rite of passage I had been looking forward to. To the uninitiated introvert, it is an intimidating marathon of sessions, workshops, networking, and parties.

I found that the workshop reservations fill up quickly, so if you are preparing to attend the festival, you’ll want to start signing up for workshops the moment they become available.

The sessions were equally inspiring and enlightening. I learned about the moral implications of designing for behavior change, the advantages of offline-first progressive web apps, concerns related to human rights activism and social media, and the dangers of treating the output of machine learning as infallible.

Pro tip: the size of the venue for a session is directly proportional to the line you can expect to wait in. Case in point – when I arrived to one of the largest ballrooms 45 minutes before “The Future of Warfare” with Will Roper of the Office of the U.S. Secretary Of Defense, there were about 20 people in line. Within minutes there were over a hundred people in line. 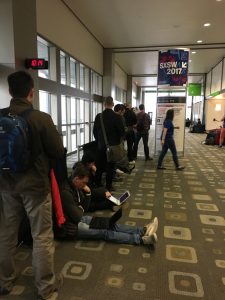 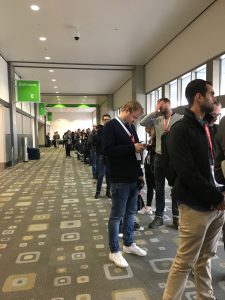 Some of the most memorable parts of my week in Austin were unplanned or as a result of observing the festival as a first-timer. Walking down any given street you’ll find that every post, bin, and fence is wrapped in plastic wrap to allow for guerrilla marketing on a scale I’ve never seen before. On my way to dinner one night I looked up to see a drone swarm flying in formation overhead, which would merit commentary any other time, but elicited little reaction from fellow pedestrians. 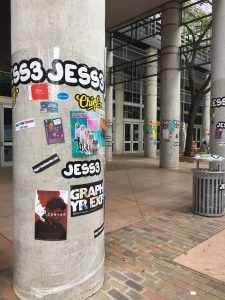 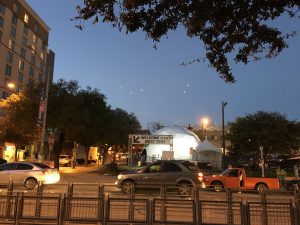 I lost my sense of reality in the Infinity Room by Refik Anadol. 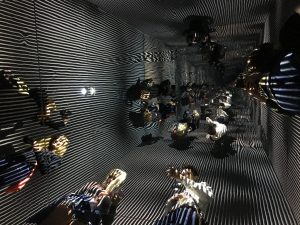 I was overwhelmed by a restored faith in humanity after exploring the Social Sensory Architectures by Sean Ahlquist.

I even caught a glimpse of what I’d look like if I had a celebrity-grade makeover, thanks to the mixed reality app YouCam: 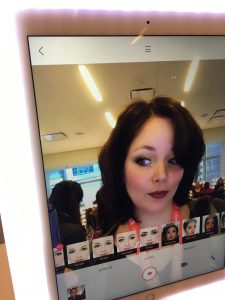 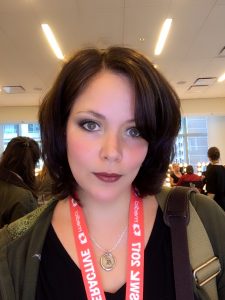 No journey is complete without leaving the beaten path at least a little, so I ventured over to the bustling 6th Street, which is not an official part of the SXSW festivities. Already a hive of energy, the vibe of the street changed almost tangibly when the music and film enthusiasts arrived, taking on a feeling closer to Mardi Gras. I spent my nights attending comedy shows featuring Big Jay Oakerson, Bonnie McFarlane, Brendon Walsh, Doug Stanhope, Morgan Murphy, Rich Vos, and more. 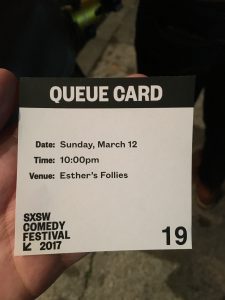 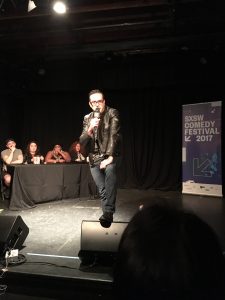 SXSW proved to be much more than a professional development and networking opportunity. It is a chance to cross-pollinate with other industries and disciplines, discuss matters of great importance to all of humanity, and appreciate talent in all its forms. 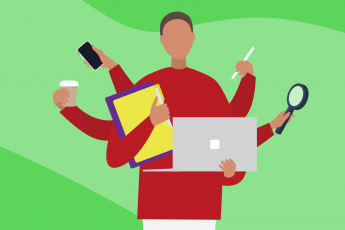 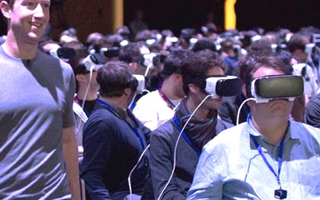 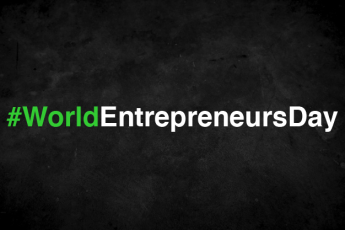 August 19, 2021
« Previous post
Pink City Women on a Brave New Path
Next post »
Lotsa Love, a bunch of Ethics and plenty of Cannabis